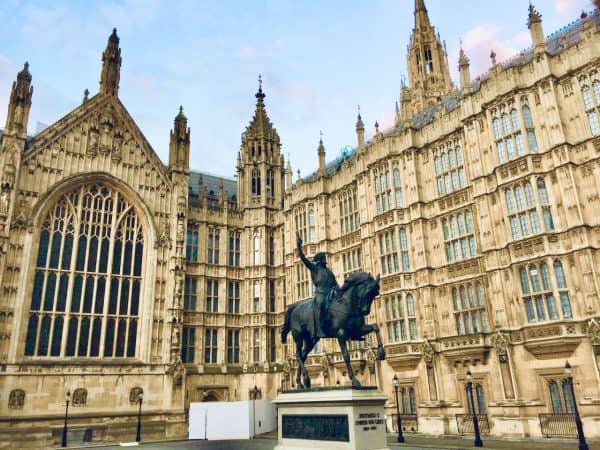 Ian Liddell-Grainger, who’s Chair of the All-Party Parliamentary Group on Open Banking and Payments in the UK, notes that Britain’s financial technology industry has been expanding rapidly with emerging Fintechs such as Monzo, Starling, Revolut and TransferWise. Ian points out that these companies are turning into “global brands in their own right.”

He claims that digital challengers have been putting pressure on incumbents to also begin stepping outside their “comfort zone” and start innovating rapidly.

Ian also mentions in a blog post published by The Daily Telegraph that investment into the United Kingdom’s Fintech firms has reached record-levels highs, representing more than a third of all investments made into the sector across Europe. In 2019, London had more professionals employed by Fintech businesses and a greater number of VC investment deals than any other place in the world, Ian confirmed.

He claims that he’s had the opportunity to witness how important it’s been for British Fintech companies to work with progressive regulators at the UK’s Financial Conduct Authority (FCA). He also thinks it’s important to adopt pro-competition policies and innovations such as Open Banking.

Ian further noted that the EU’s recent Digital Finance Strategy aims to establish an Open Finance framework by 2024. Although this is quite ambitious, Ian believes it’s still “far too long” and ignores the “fundamental shifts” in digital finance that are taking place today. He pointed out that PSD2, the regulatory guideline that led to Open Banking policies, actually took around 5 years to implement and it still hasn’t been adopted in all parts of Europe.

Ian adds that since Britain is no longer affected by the “bureaucratic wranglings” in Brussels, it should have a clear advantage which includes both speed and agility.

“By returning to our principles based approach to regulation, rather than prescription, and enabling the market of integration specialists to build the API connections for Open Finance from below, new research by The Coalition for a Digital Economy (Coadec) suggests that it could be possible to unlock the benefits of Open Finance in two years.”

He explains that this same approach has been adopted by the government in Australia which has introduced an extensive open data regulatory initiative. He also mentioned that the Australian Consumer Data Right (CDR) will give consumers the right to access their personal financial data. The CDR will also support sharing of utility and telecom data by next year.

Ian pointed out that Australia has managed to achieve this even though they began these initiatives around two years later than the UK. He recommends that a “market-led, principles-based” regulatory framework will allow the UK to implement relevant Open Finance policies a lot faster outside of the EU.

He also believes the country has an opportunity to enhance the anti-competitive EU regulation that has been forcing consumers to re-authenticate third-party access with their banking service provider after every 90 days (a policy called Secure Customer Authentication or SCA).

“Imagine having to send your accountant, bookkeeper or financial adviser a new letter of authority every 90 days just so they can continue to work on your behalf. The chances of forgetting to do so would be high – potentially missing filing deadlines, payroll or important insights on your financial health.”

Because of these issues, Fintech firms have to deal with high customer attrition rates between 13pc and 65pc according to available data. Ian points out that these rates are “not viable for any business at either end of the spectrum.” He also notes that this is made worse by this process being overseen by the same banks for which Open Banking guidelines were offered in order to provide competition. He argues that there’s not much incentive for them to “get this right.”

He adds that these barriers have “thwarted” Open Banking’s potential to add around $1.4 billion (appr. £1 billion) to the nation’s GDP, according to the Centre for Economics & Business Research.

He also mentioned that the Government is now beginning to look into what would come next, with the HM Treasury and the FCA conducting several reviews on existing payments regulations, open finance and the UK Fintech sector (in general). Ian believes that the UK Chancellor has also made it quite clear that he intends to “review our regulatory framework on financial services” and that “not being inside the EU more generally gives us a chance to do things differently.”

“By moving quickly to embrace an open finance environment, and correcting the deficiencies within existing European regulation, the UK can take the lead on fintech if it wants to.”